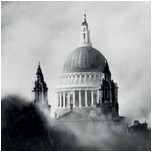 This scenario will be like living through a five episodes long BBC drama, about ordinary young people in England during the Second World War. It is about relationships, drama, and everyday hardships in the shadow of the war.

The scenario follows four close friends – the happy-go-lucky soldier Charlie, the caring Jane, involved in saving London from the Blitz, the energetic Dottie, bound for service in the Air Force, and the thoughtful fighter pilot Will. We follow their lives, love, and relationships as they develop during the six year long war.

This is high drama with lots of emotions, from the passion of first love, to the deepest despair of war, and all the different shades in between. Even with war rumbling in the background, life still goes on.

You don’t need to know anything about the Second World War, London, or England to play the game.

Bio:
Anna Westerling & Fia Idegård come from different ends of the larp scale, Anna started larping 25 years ago, and Fia 4 years ago. Together they combine brains, analytics, and a love for writing and scenarios.

Fia has previously written You Were Always On My Mind for Stockholm Scenario Festival in 2019, and translated the script of Condemned by Alfhild Agrell for A Nice Evening with the Family in 2018.

Anna has designed games such as A Nice Evening with the Family, Summer Lovin’, Love stories by ABBA, Robin’s friends and Fortune & Felicity. She has created and organised Stockholm Scenario Festival since 2013, as well as having organised Knutpunkt twice.

Fia is a nerdy librarian and Anna is a freelance project manager who mostly works with marketing within the game sector.