Stockholm Scenario Festival is a festival with short free form role-playing games, short larps or any type of participatory storytelling — scenarios. We here we will proudly present the line up of scenarios 2019.

2028
Interpersonal drama – Tough choices – Flashbacks
Marie is gone. To save her, her four friends travel through the ruins of their hometown. It looks nothing like the city they grew up in after being ravaged by diseases. How will the four of them change during their journey? Read more.
By: Katrine Wind

A Wedding in Överum – Premiere!
Homecomings — Belonging — Relations
Homecomings and identity, status and self-appreciation (or depreciation). What happens when you either stay in a context, or move away from it, and then get back together? Played in Swedish. Read more.
By: Eva Meunier & Jenny Fornell Hjelm

AI-Seance– Premiere!
Self trust – Cooperation – Transhumanism
In a very near future the company Chrystal Tech is here to help you access those helpful spirits on the other side and to enable you to maximise your spiritual well being via an AI-enhanced seance. Be your spiritual best with Chrystal Tech! What could possibly go wrong? Read more.
By: Josephine Rydberg

Beautiful Dreamer – Premiere!
Mother/Daughter relationship – Growing up – Forgiveness
We follow a relationship between a mother and a daughter over a lifetime. From the child’s boundless love, to the teenage daughter’s emotional liberation process and so on through life. What is a parent willing to sacrifice to get to see her child grow up? And who pays the price? Read more.
By: Niklas Disefalk

Finishing the Bottle
Friendship – Alcoholism – Pub
Four regulars are stuck in life with Addiction who stalks them all. They meet at the local pub to hang, support and celebrate each other. A game about alcohol addiction, that shows how Addiction is both your worst enemy and your best friend. Read more.
By: Nicolai Strøm Steffensen

Ghosts
Tragedy – Betrayal – Narratives
Memories are volatile, as is life. You are as ghosts trapped in limbo, forced to relive your last days alive, where a great tragedy ended your short life. You want to move on, but your own inability to maintain who you are leaves you trapped in between. A larp where the players create a story within a firm framework. Read more.
By: Troels Barkholt-Spangsbo & Martin Qwist

Night Terror
Nightmares – Insanity – Screaming
“Night Terror” is a black box larp about sacrificing yourself and your sanity for your loved one. It’s a story about entering the nightmares of another person to fight their inner demons, and getting lost in the process. The larp is based on the song Night Terror by Laura Marling. Read more.
By: Jesper Heebøll Arbjørn

Summer Lovin’
Sex – Awkwardness – Rock ‘n’ Roll
Three girls, three guys and the stories about who did what and with whom during a big summer music festival. We will get the story as told by the girls, as told by the guys and then finally played out as it really happened. It’s summer lovin’ and tell me more. Read more.
By: Trine Lise Lindahl, Elin Nilsen, Anna Westerling

The Charcoal Devil
Child’s Point of View – Horror – Co-creation
The charcoal devil takes everything from you. It is true, because the neighbour says so. And when you’re seven years old, stuff like that seems very real – especially when your little brother is ill, you’re lonely, afraid and has recently moved into a rural house next to a large forest. Read more.
By: Mikkel Bækgaard

The Girlfriends – Premiere!
Destructiveness – Group dynamics – Heteronormativity
The other girlfriends get it. They know what it’s like to have a man who can do whatever he wants. And they know what it’s like to wait for a call, or a text, or any sign of life, when he is on the job. Like tonight. Tonight their boyfriends are robbing a value transport. Read more.
By: Elin Gissén & Rosalind Göthberg 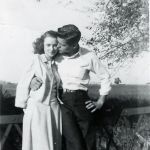 The Last thing to Die – Premiere!
Hope – Holocaust – Normalisation
We hope for the best, as humans it’s hard to imagine anything but that truth and justice will prevail. This lack of imagination can be used to trap us, and as the normalisation process moves on slowly, making us accept each small step towards the terrible end, we still have hope. Read more.
By: Susanne Gräslund & Anders Hultman

The Wondrous
Feelgood – Loneliness – Community
“The Wondrous” is a feelgood scenario about four people who feel different and left out. It is a scenario about sitting alone when you want to sit together with others, and about turning your back to loneliness and engaging in other people’s lives. Read more.
By: Nina Runa Essendrop & Tina Heebøll Arbjørn

To the Bitter end
Card driven – Selfish relationship – Intimate experience
A card-based roleplay that takes the players through a romantic relationship from the first sparks of attraction to when the love dies out. An intimate story for two players where each side has their own goals. Read more.
By: Lizzie Stark & Bjarke Pedersen

To the Wonder
Childhood – Play/Adventure – Fears
Something terrible is about to happen in the life of a child. The child therefore starts a journey towards the end of the rainbow in order to make a wish, to make the terrible go away. But the road is hard and challenges await. In addition, the dangerous Troglodyte is hiding in the shadows… Read more.
By: Martin Nielsen & Karete Jacobsen Meland 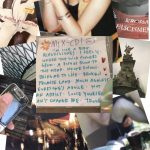 You Were Always On My Mind– Premiere!
Abusive relationship – Heterosexuality – Emotional intensity
Follow a love couple, a young man and woman, from their first meeting through years of physical and emotional abuse, all the way to the end. Read more.
By: Fia Idegård