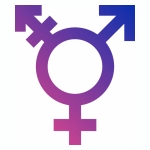 Trans dysphoria blues is a scenario written for cisgenders in four acts in which we follow five transgender people, all with different views of identity and politics when they start their psychological examination and search support and community from each other in a support group.

It’s a scenario about the feelings that may occur in relation to a psychological examination, about community, differences and loneliness with the goal to give cisgender people a higher level of understanding for trans issues than they had at first.

Bio:
Samuel Sjöberg has been a larper for eight years and is currently studying history at Södertörns Högskola. He is a trans activist and has previously run Trans dysphoria blues at Prolog and Queercon.